The economic impact of the arrival of Syrian refugees has been greater than what the Turkish government predicted. Prices have increased in the country, especially in border cities 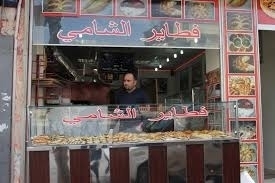 During the first year of the Syrian crisis, the economic effect of refugees in Turkey was felt most prominently in border cities: still today these areas bear the biggest share of the load. The city of Killis, for example, had a pre-crisis population of 80,000. It has now received an additional 80,000 Syrian refugees. But the situation is not limited to border areas. Istanbul, according to official reports, has received more than 100,000 refugees. The impact on the Turkish government and people is widespread.

The commitment to providing assistance to the roughly 200,000 Syrian refugees living in camps is a source of pride for the Turkish government. It also provides an example of its response to the ongoing crisis in Syria. But it also raises questions about the sustainability of such aid, and highlights the need for the international community to get involved, and help the Turkish government.

The economic impact of the arrival of Syrian refugees has been greater than what the Turkish government predicted. Prices have increased in the country, especially in border cities.

The president of the contractors association in the border city of Gaziantep highlighted some of the economic effects which have arisen since the crisis began.

“The city has faced infrastructure problems in the past year due to receiving a large number of Syrian refugees,” he said.

“This has at least doubled rental rates and property prices. For example, the price of three bedroom apartment was previously 80 – 100 000 Turkish liras and now it is at least 180 000 TL.”

This in turn has led to an increased rate of inflation.

In Gaziantep inflation has has risen from 7 percent to 8.8 percent.

A Turkish vegetables truck driver said that, “The price of food has increased at least two or three times over. Even the price of one kilogram of tomatoes has increased from one to two liras.”

This inflation is leading to growing resentment among some low and middle income Turks.

Despite all these negative ramifications resulting from the Syrian crisis, Jawdat Yelmaz, the Turkish minister for development, believes that the economic effects in some Turkish areas are only temporary, and he expects that the economy will be stronger than before, as soon as the crisis ends.

Speaking to the Anadol news agency Yelmaz said that, “When the Syrian crisis ends Syria will need many things, especially in terms of the construction and reconstruction phases.”

He added that as, “Turkey’s economy is one of the strongest economies in the region” the negative economic effects which not undermine this strength.

But Syrian workers in Turkey are perhaps losing out, in this strong economy. They work without health insurance or social security, and receive lower wages than their Turkish counterparts.

An owner of a Turkish factory said that, “Syrian workers’ salaries in textile mills and factories often do not exceed 900 liras a month, while younger Syrian workers do not earn more than 500 liras per month.”

“This is exploitation of Syrian workers’ need to work,” he added.

But in many cases, the Syrians are just glad to receive any work at all. One Syrian worker said, of his working conditions, “We thank the Turks. They provided us with work and housing, despite the low salaries. This is better than waiting for assistance. We are working and we get food for our children through our sweat.”

However, especially in border areas, Turkish workers feel that the Syrians are competing with them for jobs.

But there have been some position economic effects of the inflow of Syrian money across the borders. For example, Syrians established at least 122 trading companies in Gaziantep, Hatay and Mersin the first seven months of 2013 alone. In the same year, 106 other companies were founded in Istanbul and Bursa. Since the crisis began, 39 million Turkish liras, or $20 million, has entered Turkey from Syria.

And now, wherever you go in Turkish cities you will find Syrian shops, restaurants and services, all investing in Turkish markets. Arabic signs point Syrians in the right direction while shopping, which indicates the worth of the Syrian buying power in Turkey. This inflow of Syrian capital, in terms of good and services, can only be seen as an economic benefit to Turkey.