Ceremony held at the Dar al-Baath auditorium in Damascus 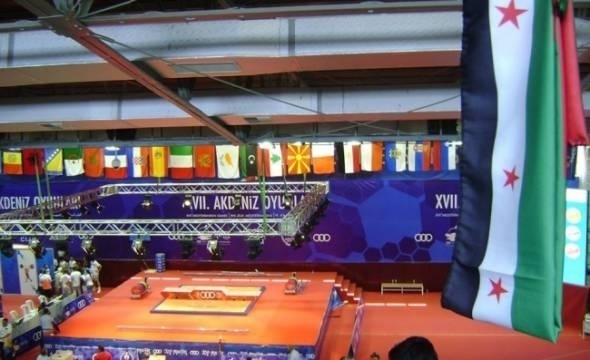 Information Minister Omran al-Zoubi said on Tuesday that Syria does not accept any interference in the presidential election, that is a national domestic issue.

His remarks were made during an address at a ceremony for honoring media martyrs held at the Auditorium of Dar al-Baath in Damascus on the occasion of Martyrs' Day and Arab Press Day.

Zoubi added that confronting terrorism in Syria and supporting Syrian army and all the upcoming constitutional events, including the presidential election, are national decisions, adding that "neither the U.N. Secretary-General, the U.S. President, Gulf emirs and their agents, nor the Turks, have the right to comment or interfere in these decisions."

"We should go to the presidential election with conviction and belief in our homeland. We should choose who can protect Syria and the unity of the army and institutions, which can combat terrorism and protect the sovereignty of Syria," he said.

He reiterated the need for all citizens to take part in the presidential election.

Presidential Political and Media Advisor Bouthaina Shaaban, meanwhile, said that what the West called "the Arab Spring" is a bloody, sectarian and terrorism winter which some Arabic-speaking media channels played a significant role in promoting.

In a speech during the ceremony, Shaaban said that western media has become a means for aggression against peoples, and since the U.S. invasion of Iraq in 2003, the number of the journalists who have been killed has become unprecedented, with reporters seeking to convey the reality of events becoming "living martyrs."

"We need to distinguish friends from enemies and dispose of the fake ideas planted by colonial powers on the neutrality, democracy and objectivity of its media," she added.

Shaaban highlighted the need to establish an Arab media reference system which preserves the rank and identity of the Arab nation and adopts cutting-edge scientific and documentary methods.

She referred to "the choir of agents which were adopted by the west."