Nouri says the electoral process was clear and transparent 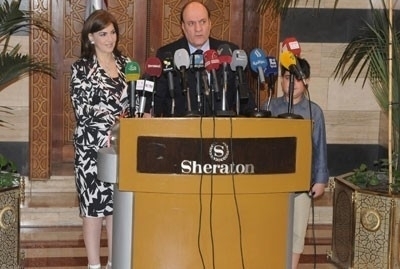 Presidential candidate Hassan al-Nouri congratulated Bashar Assad for "winning the confidence of the Syrian people through wining the presidential elections" on Thursday.

At a press conference at Sheraton Hotel, Nouri added that electoral process was clear to the entire world and transparent, and that he inspected the vote counting personally and through his representatives, pointing out that those who called for a boycott of the elections can do no harm or good to the Syrian people.

"I promise I was a patriotic candidate who takes part in building Syria and will be a soldier behind the Syrian Arab Army," Nouri added.