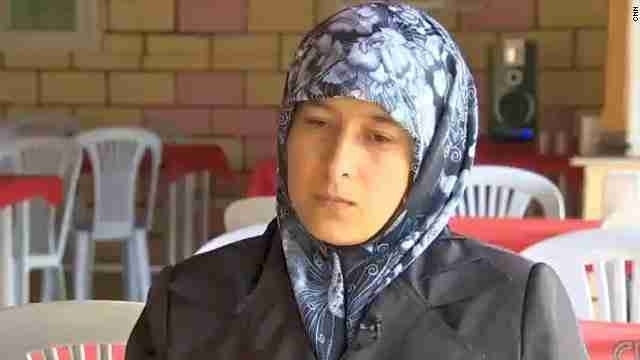 The wife of the first Syrian Army defectors has denied opposition claims it allocated a monthly salary for her displaced family.

Ghufran Hijazi, the wife of Lieutenant Colonel Hussein Harmoush, who has been inside the Syrian regime’s prison since September 2011, said no salary was allocated to her by the National Coalition leader Ahmad Jarba, as activists reported in May.

Activists revealed that Jarba paid to Hijazi two months ago, through an assistant, “ a lump sum from his own money, not from Coalition’s financial allocations,” in order to shut the door behind any further demands from the families of martyrs and detained Syrian army defectors.”

Harmoush’s wife, who lives with her family in Kilis refugee camp near the Syrian-Turkish borders, has made vigorous efforts to secure an income for her family after almost three years of suffering.

In January 2012, Syrian Human Rights watchdogs and activists said that soldiers from the Syrian Air Intelligence carried out the death sentence by firing squad against Harmoush.