Mohammed describes the loss of hope, the pain, suffering, severe shock and guilt he expereinced as he watched his family drown in front of him 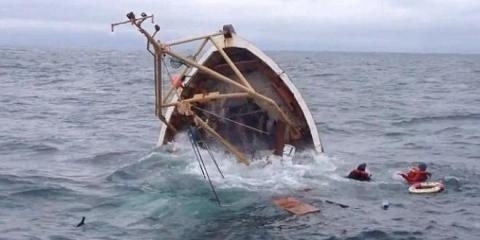 Mohammed, 22, was the sole survivor among the 50 Syrians who drowned at the sea as they tried to escape to Europe.

The Syrians had decided to flee to Europe, hoping for a better tomorrow, but the sea shattered their dreams, and Mohammed's family drowned in front of his eyes, off the coast of Izmir.

"We traveled to Turkey and met there with a smuggler called Abu Khalil. We agreed to travel to Athens. We were surprised by how small the boat was andhow many people were on it, but we decided to get on anyway," Mohammed explained.

After a short time, the waves of the sea became wild and started rocking the two-storey boat. We continued on the journey, while the waves rose more and more, tipping the boat upside down."

Mohammed swam for twelve hours, but he could not save his parents and his younger sister. Mohammed recalled the scenes that now accompany him everywhere, and the failed attempts he made to pull his family to the surface of water.

He described the loss of hope, the pain, suffering, severe shock and guilt he expereinced as he was separated from his family, and watched them drown in front of him, without any hope of salvation.

"I still remember very well my sister's hands, as she tried to lift her young son over the surface of water. She was sinking and he was dead. They were pulling me down whenever I approached them or held their hands to try to save them. These scenes have turned into nightly nightmares. How can I forget? They've gone, everything is gone," he said.

The trip to their death cost them their home in Damascus. They never imagined the 2,000 Euros they received would seem a small price for becoming bloated bodies at the bottom of the sea.


Muhammad considers that his life stopped at the moment he was unable to save his family, his life is senseless with the death of the people closest to him. "Is that the tax for being Syrians? Or should we die everywhere?", Muhammad repeats.