Young son of Khaled Sharrouf was photographed holding the severed head in the northern Syrian city of Raqqa. Sharrouf, one of Australia's most-wanted terrorists posted the photo to Twitter last week 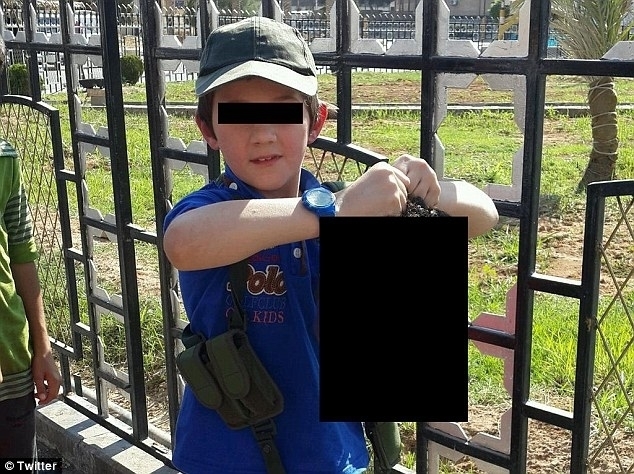 'I'm sure you've seen much worse than that': Staggering reaction of uncle of Australian boy, SEVEN, who was pictured brandishing head of slaughtered Syrian soldier

Mostafa Sharrouf says Australia should 'forget' about photo of his nephew

The uncle of a young boy who was photographed gripping the severed head of a slain Syrian soldier  says Australia should 'forget' the image which has caused outrage.

'He's gone, forget about it. He's forgotten about youse. I'm sure you've seen much worse than that,' Mostafa Sharrouf told the Sydney Morning Herald on Monday.

Khaled Sharrouf's son, believed to be aged seven, used both hands to hoist the decapitated head up as he posed for a chilling photo.

His proud father, one of Australia's most-wanted terrorists and a suspected war criminal, posted the photo to Twitter on August 8 with the caption: 'Thats my boy!' Read more