Mr. Curtis’s release was likely to raise further questions about what, if any, concessions should be made to militant groups holding Western nationals. The beheading of Mr. Foley, which shocked and enraged much of the world, also may have spurred Qatar to press more intensively for Mr. Curtis’s release 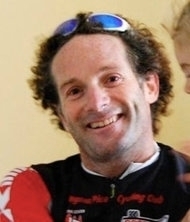 Held for nearly two years in a prison run by an affiliate of Al Qaeda in Syria, an American freelance writer was unexpectedly freed on Sunday, following extensive mediation by Qatar, the tiny Gulf emirate and United States ally that has successfully negotiated the release of numerous Western hostages in exchange for multimillion-dollar ransoms, the New York Times reported.

Relatives of the freed hostage, Peter Theo Curtis, 45, said that while they were not privy to the exact terms, they were told that no ransom had been paid. Yet his surprise liberation by the Qaeda affiliate, the Nusra Front, came less than a week after the decapitation of another American journalist, James Foley, held by a different and even more radical jihadist group, the Islamic State in Iraq and Syria.