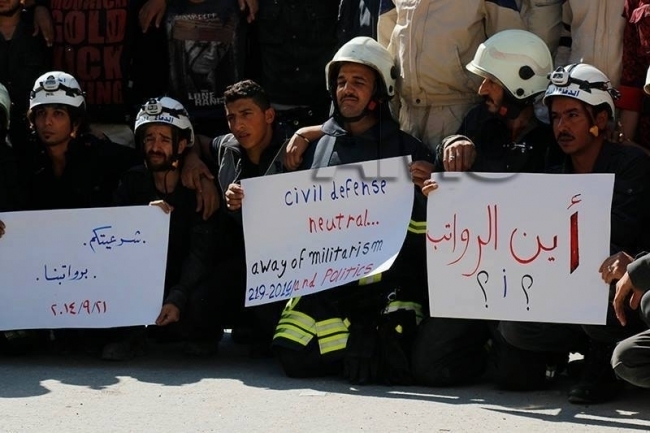 Employees with the Civil Defense Units in rebel-held Aleppo city carried out a sit-in on Sunday, protesting a salary delay by the opposition Interim Government.

“Opposition officials have used devious statements that glorify Civil Defense efforts but when it comes to the real responsibility we demand of them, we see nothing," one worker said.

The official said the government is in process of issuing a new law to guarantee the rights of workers in the civilian and military institutions and its affiliates. Until now, no law has been approved.