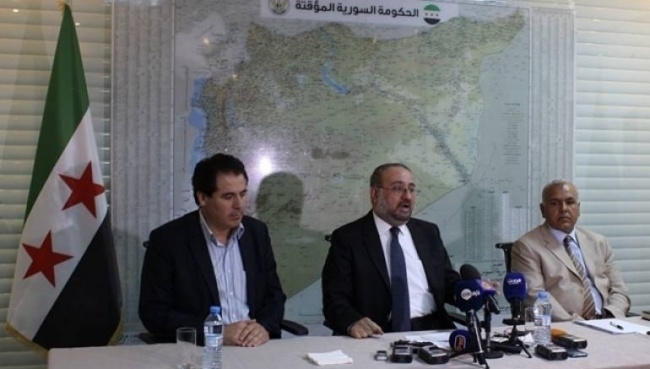 A source from the Syrian Interim Government has reported to Zaman al-Wasl that Ahmed Toumeh, the Interim Prime Minister, has issued an order preventing employees and visitors from bringing their laptops into government headquarters.

Employees are also barred from taking their work laptops outside the government’s buildings.

The procedures are part of many precautions Toumeh has taken to stop information and documents being leaked to the media and the Syrian National Coalition, the source said.

The measures started with the sacking of many employees from the media office and the general secretariat of the government, the source added.

The new procedures have been taken as a part of the recommendations of the committee which was formed to investigate and tackle leakages, led by Mohiddin Harmoush and Khaldoun al-Kosiri.

Many employees in the Interim Government denounced the step, saying it resembled the Syrian regime’s intelligence acts.

“The prime minister will deprive us of papers and pens if he carries on with this security mentality," said one.

“Only those who are afraid of their corruption being exposed carry out these kinds of security procedures," said one.

The sources pointed out that leaked information could have been shared by memorising, and there was no need for these procedures. Moreover, they said, leaking information can be done through many methods, without using laptops.

One employee quoted Zohair Agha, deputy to the General Secretary commenting on the order: "There were no laptops in government institutions before; let us go back to that time."

A special source reported to Zaman al-Wasl that Toumeh yesterday issued an order to sack six more employees, among them the head of the media centre in the interim Ministry of Health –  the Minister of Health’s cousin –  for his poor performance, especially during the measles vaccine crisis. He called for a press conference and cancelled it three times, besides issuing conflicting statements on the matter.