Medical staff are now preparing for an expected regime siege 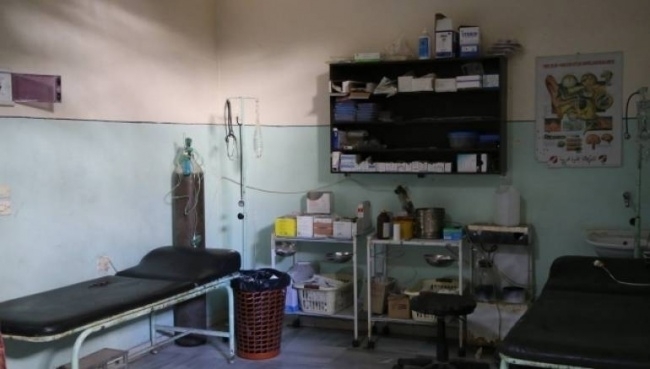 The first field hospital established in Aleppo, the al-Shifa hospital, is suffering from a significant lack of funding and support, threatening its imminent closure.

The hospital was opened in July 2012, when the Free Syrian Army (FSA) entered Aleppo and took control of some neighborhoods. It was managed by Tawhid brigade at frst, then by the Medical Union, before becoming independent.

When it suffered major difficulties, Doctors Without Borders (MSF) adopted it, only to leave it later, which caused major problems in terms of funding and support.

Abo Munir, the hospital's manager, complained about the regrettable status of the hospital, referring to the lack of funding and support, as the hospital has not had stable or long-term donors able to provide the hospital with essential requirements and medications.

"We are trying now to draw some funds from the Liberated Medical Union to help us keep the hospital open," Abu Munir told Zaman al-Wasl, adding that the Directorate of Health in Aleppo has at times provided the hospital with minimum medications which were distributed to people.

Regarding the expected regime siege on the city of Aleppo, Abu Munir confirmed that the medical staff were psychologically prepared and would defend Aleppo, but added that he wished enough medication could be available beforehand.

“There are serious disagreements within the medical bodies in Aleppo, and we wish that the Liberated Medical Union, the Medical Council, the Ministry of Health unite on one plan for the benefit of all,” the director said.

In the end, the director complained that some hospitals supported by international agencies provide a secure environment for work, with high salaries that attracted many doctors who left Aleppo, which deprived the city of medical staff, and threatened, not only al-Shifa Hospital, but many others with closure.