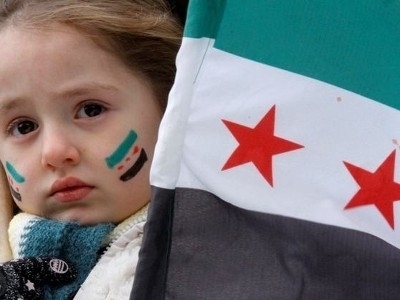 The villages of Mount Hermon are characterized by sectarian diversity, which has proved to be unfavorable to the Syrian opposition.

Communities in Mount Hermon are not only Sunni and Druze, but also Christian.

Hina, a village with a Christian majority and Druze minority, is located on the slopes of Mount Hermon. Unlike other villages inhabited by minorities in Syria, the minorities there took a generally neutral stance towards the revolution and the revolutionaries; Hina didn’t hide its support for the revolution.

Media activist Arrifi Muaz al-Khatib from Mount Hermon told al-Quds al-Arabi that Hina "was neutral since the outbreak of the revolution, but it has made no secret of the fact that it stands with the revolution and supports it. The people helped thousands of Sunni villages like Jdaidat Artoz, Artoz, Moadamiyah al-Sham and Daraya."

"When the Syrian regime started to recruit the Druze community to fight the rebels, and after the Druze villages joined the national army, Hina tried to reform relations between the revolution and those who opposed it," Khatib continued.

The regime did not only recruit young Druze men to fight the Syrian opposition militants, but tried to convince all the non-Sunni communities that the revolution is a sectarian war aimed at annihilating the other communities. However the Christian clergy in Hina opposed the justifications of the regime.

"When the National Defense Forces and the military security branch in Sasa tried to show the battles in the region as an existential battle, increasing reinforcements to mobilize the war between the Druze and Sunni, the clergy took a skeptical position and tried hard to break the siege on the villages," Khatib explained.

The village and its inhabitants were subjected to many inconveniences, as the village is controlled by the regime, and the clerics have been subjected to harassment, prompting some of them to leave the country, fearing the wrath of the regime.

The Syrian revolution has never been a sectarian war, despite all the attempts to distort its image, and the fighters of the Syrian opposition in Mount Hermon appreciate the attitude of the people of Hina, and its clergy. No military faction has abused them, even though they are not Muslims, which invalidates the theory of "sectarian war" that many are trying to be apply.