Moscow meetings will not lead to any positive result in favor of the Syrian revolution, only serving to benefit the Syrian regime 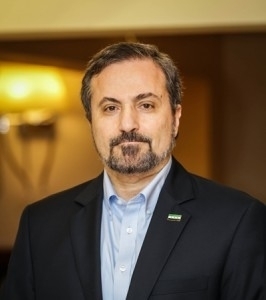 As for forces and parties participating individually in the meeting, former spokesman of the Syrian National Coalition, Louay Safi, stated that "all Syrians have the right to move according to their national duty and conscience, but those who move in a way that strengthens the position of the regime have to hold the political, national and moral responsibilities towards Syrians".

"The movement of members of the official opposition without the consent of their political references must not pass without accountability, especially those in leading positions", Safi added.

But Safi expressed his fears the division and fragmentation of the Syrian opposition will affect their participation in Moscow meetings.

"Unfortunately, in the absence of a political body that enjoys an international and national respect, it will be difficult to control things, and this is the game of the Russian diplomacy which proved its unserious intention to resolve the conflict peacefully when the opportunity was favorable during Geneva negotiations", Safi explained.

Safi expressed his conviction that the Moscow meetings will not lead to any positive result in favor of the Syrian revolution, claiming it will only serve the Syrian regime, as Russia attempts to exploit the conflict within the Syrian opposition to pass proposals benefiting the regime above the revolutionary forces.

"The participation of opposition figures will only increase the vulnerability and fragmentation of Syrian opposition, and the tragedy of Syrian people continues – partially at least – because the political opposition failed to work in an organized manner, and because of the absence of clear mechanisms for consultation and decision-making respected by all parties. The fragmentation of the opposition and its sharp internal competition, the domination of political money and the individual moves, all encouraged the Russians to communicate with opposition leaders individually," Safi said.