Meeting highlights importance of continued cooperation in time of reconstruction 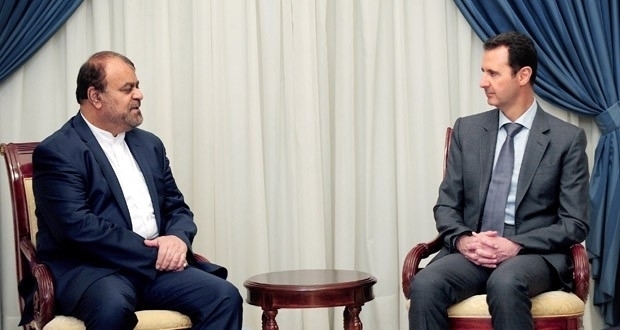 Talks between the delegation and President Assad tackled efforts to strengthen economic relations between Syria and Iran, citing benefits of further investment in various vital sectors for both countries.

President Assad stressed the need for a Syrian-Iranian economic vision to reflect the political and strategic vision shared between the two countries, emphasizing the need to overcome obstacles currently impeding the development of economic cooperation.

Ghasemi echoed Iran’s support for the Syrian people in the face of an unjust war, confirming Iran’s commitment to providing support and expertise to economically empower Syria until victory is achieved.

He also noted the untapped resources and economic potential inside Syria and Iran, stating there were many projects to further serve the strategic relationship between the two countries.

During an earlier meeting in September, President Assad acknowledged the Syrian peoples’ appreciation while welcoming Iran’s readiness to participate in the reconstruction process.