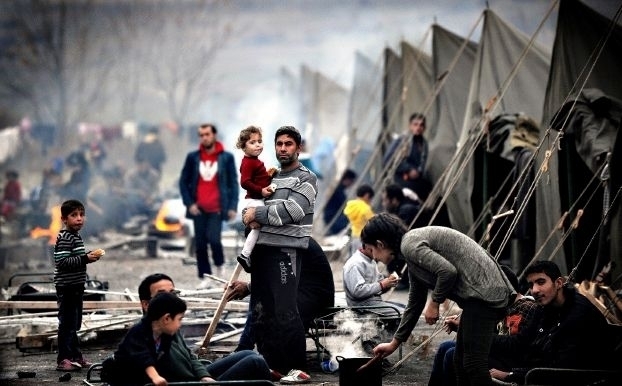 Canadian Immigration Minister, Chris Alexander, announced that the government intends to receive 10,000 Syrian refugees over the next two years. The move is considered Canada's biggest commitment to the cause since the outbreak of the civil war in Syria in 2011.

Alexander told al-Hayat that Ottawa is obsessively worried about the bloody events in Syria, which target civilians and ethnic and religious minorities, adding that Canada would provide 90 million US dollars in programs and aid to help refugees and civilians impacted by the war.

Alexander added that Canada, a member of the US-led coalition against the Islamic State (ISIS), evaluates its policy according to the latest developments.

"Unfortunately, we face one of the worst crises of our time. We are trying to do what we can to help the persecuted civilians and persons according to the Canadian principles, which call for the protection of civilians and the vulnerable in conflict zones”, Alexander said.

“We have programs to receive thousands of immigrants from different countries of the world for economic reasons every year, but here we give priority to people who were harmed and persecuted in this war. The number we announced – our willingness to receive 10,000 Syrian refugees – is the highest commitment offered by a single country, and it comes in response international calls to help refugees", the Canadian minister explained.

Canada had previously voiced a commitment to resettle some 1,500 Syrian refugees, but was heavily criticized due to procedural delays.