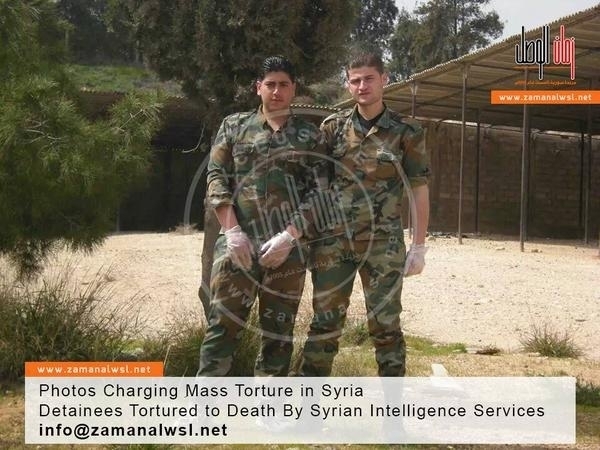 Photos of mass torture committed by Syrian security forces were taken in a well-known military hospital in Mezzah neighborhood, Damascus.

“Hospital 601” was the scene of the war crimes where leaked photos show hundreds of lifeless bodies with signs of starvation, brutal beatings, strangulation and other forms of torture and killing.

The photos are reminiscent of the Abu Ghraib prison scandal in Iraq, following the American invasion in 2003, when U.S. soldiers also photographed incidents of torture.

The photos are linked to a war crimes report produced last year by a team of internationally recognized prosecutors and forensic experts.

In mid-2013, a team of war crimes prosecutors and forensic experts analyzed 55,000 digital photos, taken and provided by a Syrian defector codenamed "Caesar". Caesar, along with his family, now lives outside Syria in an undisclosed location, according to CNN.

The team members shared their findings in a joint exclusive with CNN's "Amanpour" and The Guardian newspaper on January 20, 2014.

As Syria is not a member of the International Criminal Court, the prosecution of anyone inside Syria would be through a referral from the United Nations Security Council.

More than 200,000 people have been killed since the Syrian uprising began in March 2011, according to the United Nations.