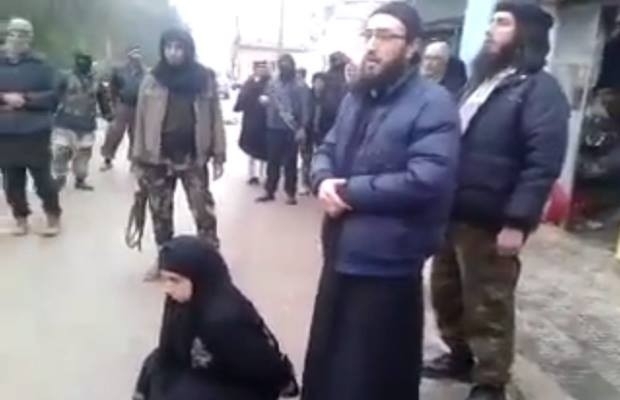 Activists have broadcast video footage showing the execution of a woman from the town of Hafsarjah in the western countryside of Idleb, after being charged with infidelity and prostitution.

The video shows a group of men surrounding a kneeling woman, with one of the men reading an execution sentence accusing her of "prostitution", and therefore "the committee of religious scholars has decided to ratify this provision immediately".

Although the statement did not indicate which faction the committee follows, the region is currently under the control of the Nusra Front following clashes with the Syrian Rebel Front three months ago.

The new video appeared six days after a similar execution was released of a woman from the city of Marrat Masrin in the countryside of Idleb, also charged with prostitution.

No military faction has claimed responsibility for the executions, but the video from Marrat Masrin does reveal a wall reading "Al-Qaeda in the Levant – Nusra Front".