"I do not consider what I do to be political. I am an artist, but before that, I am a Syrian citizen and what is happening is happening in my homeland. It will be shame on us if we stayed silent" 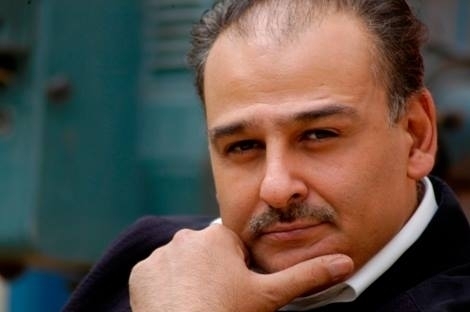 Syrian actor Jamal Suleiman said in an interview with Madar al-Yawm that we as Syrians have to convince the world of our ability to represent our country and our people, and that this will not be achieved without our union for a democratic free Syria for which we should give away our individuality and small calculations, referring to it as "nationalism, not politics".

Suleiman said he does not consider himself a politician, adding, "I do not consider what I do to be political. I am an artist, but before that, I am a Syrian citizen and what is happening is happening in my homeland. It will be shame on us if we stayed silent".

Suleiman expressed his sorrow for the terrible situation in Syria, where the “word” is lost among the hustle of bombs, missiles and explosive barrels amid extremism and violence, which has exceeded imagination's ability. "Syrians can do nothing but to seek among themselves and seek with all regional and international parties to stop this tragedy", Suleiman said.

"When the opposition is united on one goal, a unified position and a program of work for the same goal, our word would be of great value", he added.

Suleiman stated that our cause has unfortunately become an international issue, pointing out that he seeks – as a member in the follow-up committee that emerged from the Cairo conference last month – to achieve a comprehensive conference in Cairo that brings together all opposition forces. He also hoped that a number of artists would attend.

Suleiman has supported the revolution since its outbreak, and he was one of the first who refused the government’s fake reforms prior to the revolution. Later Suleiman supported the Syrian demands for the adoption of the rule of law, the peaceful transfer of power, partnership in the country, and the rejection of dialogue with the regime as long as it continues using its weapons and power against the Syrian people.