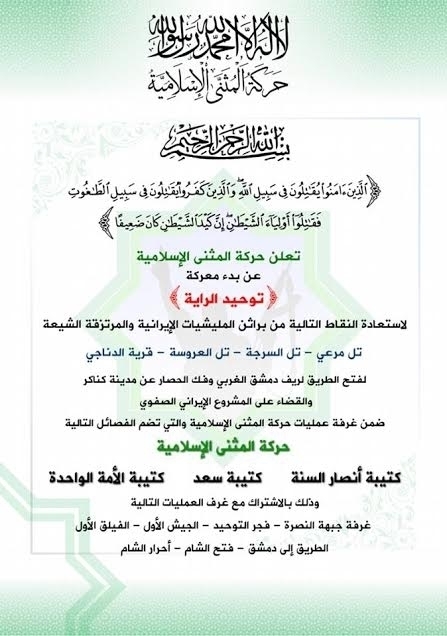 The Islamic Muthanna Movement announced today the launch of military Operation: "Unification Flag", aimed at opening the road from Daraa to the western Ghouta in order to break the siege around the city of Kanaker.

The Movement said in a statement published on its official Facebook page that its military operation aims to take control of Tel Merhi, Tel as-Sarjah, Tel al-Arousah and ad-Danaji.

Several forces will participate in the operation, including al-Nusra Front, Fajr at-Tawhid, the First Army, the First Legion, the Road to Damascus, Fateh ash-Sham, in addition to the Ahrar ash-Sham Islamic Movement.