Residents terrorised by abductions, rape and the proliferation of weapons in pro-regime neighborhoods of Homs city 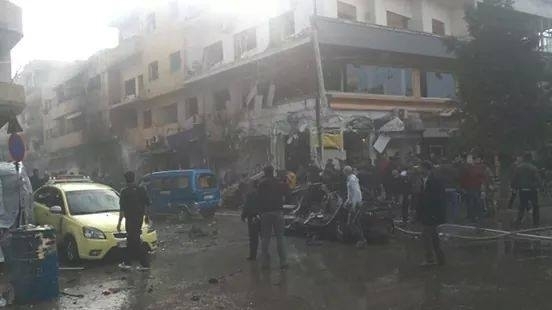 Widespread chaos has hit pro-regime neighborhoods in the city of Homs, despite an intense presence of regime forces patrolling the areas.

Activist Mohammed al-Homsi said "pro-regime neighborhoods have recently witnessed two cases of kidnapping; the first in the regime-controlled suburb of al-Walid where three young Alawite men – one of them a university student – kidnapped a taxi driver with his car. The men reportedly then killed the driver, leaving his body in a village in the countryside east of Homs, and later selling his car. The second occurred in al-Basel neighborhood of Homs, where a 30-year-old woman was kidnapped by the shabeeha of the neighborhood. She was found dead in the streets of the neighborhood days later, while her clothes were torn in what seemed like an act of rape".

Hala, a young woman living in the pro-regime neighborhoods of Homs, said that "the fear of kidnapping by the neighborhoods’ shabeeha is the peoples’ main concern here – especially young children and girls aged from 18 to 30 years", as quoted by Al Jazeera.

"Due to the arming of most young men in pro-regime neighborhoods (like Wadi ath-Thahab, Ikrima and az-Zahra), weapons are widely available for young people under 15. This has increased parents’ fear of kidnappings and rapes, which have become very prevalent within their neighborhoods. The ransom of kidnapping cases in pro-regime neighborhoods are often millions of Syrian pounds, and the kidnappers (often regime shabeeha) usually threaten relatives by accusing them of collaboration with rebels and the opposition", Hala added.

Hala attributed the abductions in these neighborhoods primarily to money, a personal vendetta between families, or to publicize the power of a family.

Pro-regime social networking pages have posted dozens of warnings and tips about the need to stay inside at night, and to be careful of closed "vans", requesting People's Protection Committee checkpoints to inspect all cars and their drivers.