The UN Security Council has failed to implement appropriate counterterrorism resolutions as some of its members support and sponsor terrorists inside Syria, says Jaafari 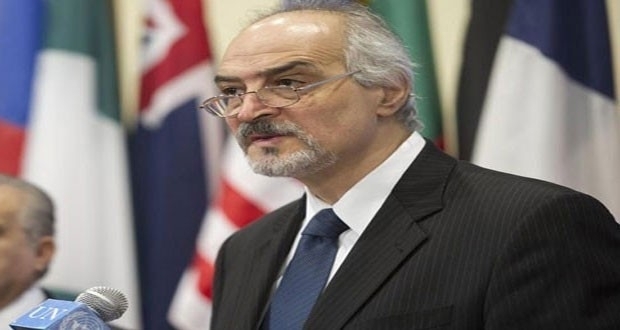 In a seminar organized by the Syrian-American Forum in New Jersey on Monday, Jaafari said that the UN Security Council employs double standards, and has failed to implement counterterrorism resolutions because some of its members actually support and sponsor terrorists in Syria.

He also said that some media outlets propagate baseless rumors about the situation in Syria, affirming that Syrians have rejected the idea of division and remained steadfast in the face of vicious attempts to divide and weaken Syria for over four years.

Jaafari said people are becoming aware of Syria’s role in fighting terrorism on behalf of the world, but the American people must relay their viewpoints in this regard to their leaders and politicians.