"Dreams are considered the first indication of the existence of psychological trauma. War changes the psychological balances and manipulates standards" 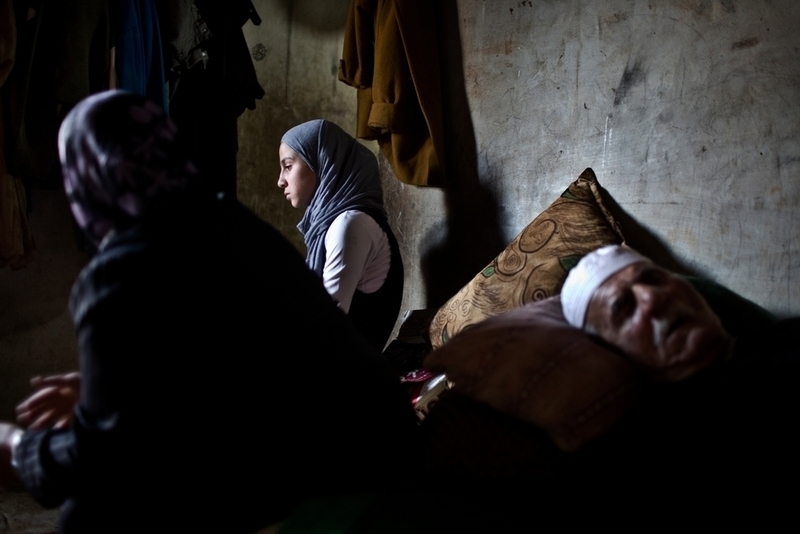 "We were finally all gathered at my grandma's house, and my father asked me to watch the sunset with him. There I was, standing beside him watching the colors of the sky when suddenly hundreds of cluster missiles fell around us. I could not hide and my body was filled with shrapnel. I called out for my father but there was no answer, and I couldn't move my head nor my hands; I felt that I was dying".

This wasn't the first time Leila, the 20-year-old university student, faced death. Every night she has the same nightmare: bombing, killing, detention and displacement. Her family is also confronted with these nightmares as they find her screaming out at night.

"’I don't want to die, I don't want to die’ Leila was screaming when I got to her room, it took me about 30 minutes to calm her. She has been having these nightmares ever since we were in Syria, and now that we have left they are even worse", her mother said.

Leila is not the only Syrian who suffers from these nightmares. She is one of millions of displaced Syrians who have been deeply affected by the civil war. The trauma from this conflict may appear clearly in behavior, or it might hide in their subconscious and haunt them in their dreams.

Mohammad, a university student in Germany, said he also experienced many nightmares since leaving Syria. "Although I was not arrested, yet many of my friends and relatives were, passing through checkpoints became a nightmare that haunts me even though I left Syria two years ago". Mohammad can't understand why these nightmares continue to haunt him.

For over 30 years, Dr. Richard Mollica, director of the Harvard Program in Refugee Trauma, has researched and closely observed the effects of trauma on survivors of the Cambodian genocide in the 1970s. Dr. Mollica compared his findings to research he had conducted on Cambodians living in Thailand who had never witnessed the war.

Dr. Mollica said: "There were huge differences. Almost 50 percent of the Cambodians who still live in Cambodia 25 years after the massacre are highly depressed, while the Cambodians who had not witnessed war had a normal psychological situation just like people in other countries like the US".

“Studies proved that the effects of painful experiences of life do not appear immediately, but they cause dangerous problems that may appear up to 25 years later".

The psychological effects of trauma appear clearly in the young and elderly, however, it often appears stronger in children. Abu Hisham, a Syrian who has been living in Turkey for a year, explained how his son screams every time a plane takes off or lands at the nearby airport.

"I can't change my place of residence at the moment. Everything that we have gone through, the bombing in Ghouta, our experience in the industrial city of Adra and the death of my eldest son, all of this has affected my children," Abu Hisham said. "My son suffers from nightly hallucinations, in addition to his fear of any sudden noise", he added.

When asked if he had taken his son to a mental health center, Abu Hisham told us that he didn't believe it was important enough, plus “there are also language difficulties that makes me hesitant".

Professor Leila Alatshan, psychotherapist and certified trainer for the United Nations and UNESCO, told us: "dreams are considered the first barometer that indicates the existence of psychological traumas. War changes the psychological balances and manipulates standards".

She added, "There are millions who really need help and therapy sessions to talk about all the pain they suffer from. They need to share these memories with someone else to get rid of them. We have to help them".

Perhaps, the failure of international organizations to respond to the crisis is what is forcing us to find other ways to help ourselves. This is what Leila has been doing recently. "I read books about self-stimulation. I try to keep myself away from all the news about war, I try to forget these memories, I try to practice positive thinking before I go to bed and I share my tears and pain with some of my friends. This may help ease my nightly suffering".