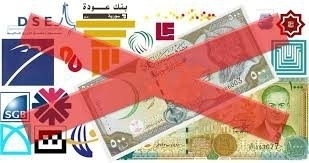 The World Politics Review website for analytical studies published a report mentioning several indicators of the decline of the Syrian regime, including the disintegration of Assad's army, the internal conflicts inside the regime and the collapse of Syrian economy.

The report said the Syrian pound has dropped to a record low, where the exchange rate against the dollar reached 315 SYP on the black market, following a stable dollar exchange rate at 220 SYP.

The report said that during a high-level meeting with Syrian economic officials, Iran rejected to submit further financial support to the Syrian regime as it did in 2013. Instead, Iranian Deputy Foreign Minister Amir Abdollahian told a Syrian delegation last week that Syria should follow the Iranian model of self-reliance through the ‘resistance economy’.

An economist at the United Nations office in Beirut, Abdullah ad-Dardari, said the Syrian economy has lost more than 50 percent of its GDP over four years. Ad-Dardari confirmed that billions of dollars from several countries was deposited into accounts of the Syrian Central Bank in recent years, enabling the Syrian economy to withstand the crisis.

The dollar exchange rate was valued at 47 SYP in 2011, when the uprising against Assad's regime broke out.