The besieging of Damascus to establish 'safe zones' will prevent extremist groups from capitalising on a power vacuum in the city if Assad falls, Coalition president says 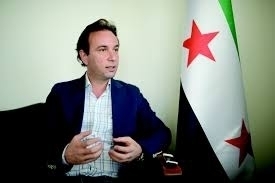 National Coalition President Khaled Khoja stressed the importance of establishing safe areas during his meetings with American officials in Washington. ““Damascus should be besieged. Then it could fall suddenly. Before it falls, safe zones should be established to prevent extremists from abusing any subsequent void of power,” he said in an interview with the Hürriyet newspaper‫.

"Safe zones are areas where the Syrian Coalition and the interim government hope to set up a transitional government to serve people with the protection of the Free Syrian Army (FSA) and air protection from international forces."

"This is the concept”, Khoja said, adding that it would serve the purposes of forming a civilian government paving the way for refugees to return to Syria from abroad, facilitating the humanitarian aid flow, providing a controlled advance toward Damascus, preventing extremists from gaining ground, and limiting the number of daily casualties‫.”

Regime forces recently lost control of Jisr al-Shughour, retreating from key locations on the highway between Aleppo and Damascus, while their siege of Aleppo was also broken, Khoja noted‫.

Meanwhile, the president said internal fighting had broken out inside the regime, stemming from a number of Syrian regime generals’ opposition to Iran’s overwhelming influence in the conflict.