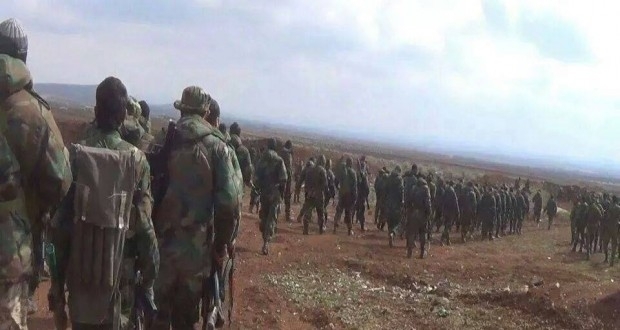 A source inside the Southern Front command has told Madar al-Yawm that 400 Syrian fighters are heading to eastern Qalamoun to support Free Syrian Army (FSA) battalions fighting regime and Islamic State (ISIS) forces. The source also confirmed 800 other fighters will join the battle within days.

A fighter in eastern Qalamoun said, "the Free Syrian Army battalions are awaiting these fighters. Their movements have already been planned for and they will join the fight against ISIS in the Mihassah region immediately. We have to eliminate ISIS' power in the region before we begin the battle against the regime, as the Free Syrian Army must secure its back".

Some battalions in western Qalamoun expressed their disappointment concerning the shortage of support. A Southern Front commander commented his forces could not provide support to these battalions because of their alliance with the Nusra Front, which the Southern Front previously declared it would not cooperate with. Despite this, fighters will head to the western Qalamoun after they secure their back in the east.

Activists in the region claim ISIS has launched surprise attacks on FSA battalions in Juroud Assal, leading to the loss of strategic locations in the region. The activists stressed that ISIS movements in the Qalamoun region serve the regime and its allied Hezbollah militias.