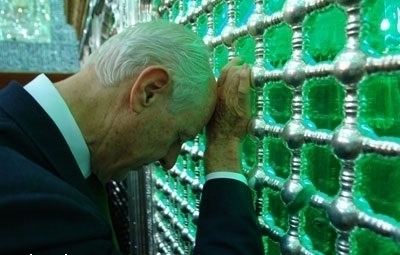 Tens of revolutionary factions announced in a statement published on Facebook on Tuesday their rejection of UN envoy Staffan de Mistura's invitation to participate in an "extended dialogue" in Geneva.

The statement said: "To the Special Envoy of the Secretary-General, Staffan de Mistura, Syrian revolution factions have received your invitation, dated April 29, 2015, to participate in an extended dialogue in Geneva during May. While we affirm our sincere desire to deal with the international community and its organizations in order to reach a just solution for the situation in Syria that would end the suffering of our people, we would like to mention that we are in a critical historical stage in Syrian history – a stage that requires a great deal of accuracy and transparency. Thus, any effort or attempt to resolve the Syrian crisis not based on clear and reasonable grounds, would not receive a real response, and will not lead to a successful solution. The Syrian situation has reached a high degree of complexity, so that it cannot bear any blurry or impractical solution".

"The Syrian revolution has entered its fifth year, and the Syrian people have not seen any serious effort or tangible progress to prevent the crimes against them at the hands of Assad's forces, gangs and Iran's agents in the region. Regime forces and ISIS are still besieging and attacking many parts of Syria, carrying out various types of violations against the Syrian people", the statement added:

The rebels noted that de Mistura's positions showed confusion, declaring: "Your positions and statements, especially the one which said Bashar al-Assad is part of the solution in Syria, have shown clear confusion in the way you deal with Syrian affairs. Your statements gave us a clear impression that you do not care about the massacres committed by the regime in Syria – such as the massacre in Douma that took place not far from your seat in Damascus, where you did not show any sign of objection or denouncement, and you also did not show any form of sympathy with the victims. This convinced us that the UN envoy had given up his neutrality, preferring one side over the other".

The rebels explained the reasons behind their decision, claiming the "invitation lacks any clear foundations or means to reach a solution, especially as it is based on Geneva statement which did not mention the departure of Assad and his regime with all its symbols and pillars, a request upon which all the revolutionary forces agreed as the basis for any supposed solution".

The rebels confirmed their position by stating: "We would like to emphasize once again that our response does not suggest we are unwilling to deal with any real international effort that includes a clear project for a solution in Syria, a solution that stems from the values of the Revolution. We believe that taking these principles seriously in any future effort will accelerate the development of a real solution that leads to a successful political process, serves the interests of Syrian people and meets their aspirations in freedom from oppression and tyranny".