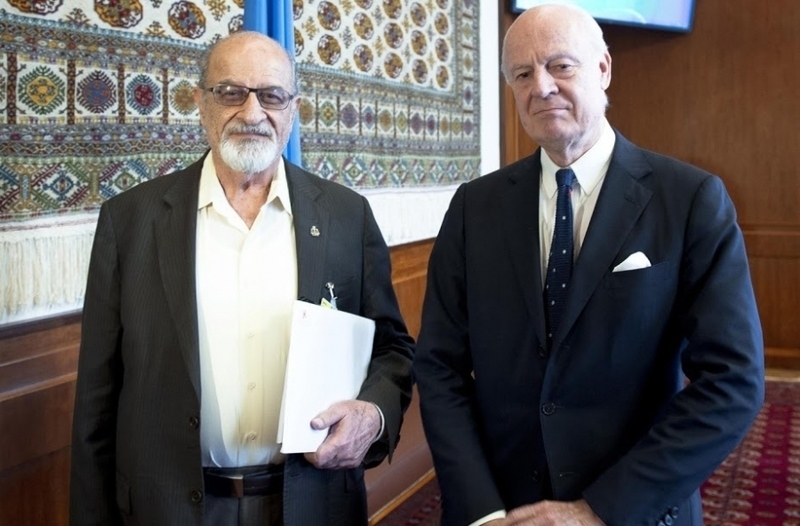 The Syrian Coalition’s envoy to the bilateral consultations currently being held in Geneva, Haitham al-Maleh, met with UN special envoy to Syria Staffan De Mistura on Thursday. Maleh delivered a letter to the UN envoy from the Syrian Coalition along with the “Document of Basic Principles for a Political Settlement in Syria”, as well as a memorandum of understanding signed with the Kurdish National Council.

During the meeting, Maleh reaffirmed the Syrian Coalition’s commitment to a political solution based on the Geneva I statement, stressing that Iran is by no means a neutral party in any political process. “Iran is part of the problem and a partner of the Assad regime’s daily massacres in Syria, let alone it has not yet announced its endorsement of the Geneva statement”.