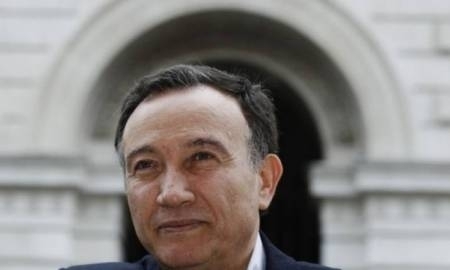 Syrian dissidents are preparing to form a new alliance to substitute the Syrian National Coalition at a conference hosted in Cairo between June 8-9.

Egyptian Foreign Ministry spokesperson Badr AbdulAti said: "Cairo will host an expanded conference for the Syrian national opposition forces to share the visions of a wider range of Syrian opposition spectrum about how to move in the next phase to end the Syrian crisis".

AbdulAti added: "The conference will be held under the auspices of the Egyptian Council for Foreign Affairs, who hosted the first meeting of the Syrian opposition".

Haytham Manna, one of the conference’s organizers, told Agence France Presse that more than 200 figures from the political and military opposition, including Arabs, Kurds and other minorities will participate in the meeting to elect a political body and adopt a roadmap and a national charter. It is rumored the new coalition will be named the "Syrian National Opposition" .

The meeting comes after a dialogue hosted by Cairo in January with the participation of Syrian dissidents inside Syria and abroad. The meeting ended with the declaration of a 10-point document related to a political solution for the war in Syria.

According to Manna, this coalition is “entirely different from the National Coalition”, which receives support from Western countries, Saudi Arabia, Qatar and Turkey.

Manna added that "the meeting will be 100 percent Syrian – we will fund it ourselves, no one will control it and it will have a pure Syrian agenda". As for Egypt’s role, Manna said that Cairo will be hosting the conference "without interference".

"We are ready to negotiate with a delegation from the Syrian government on the basis of the Geneva statement, which means: on the basis of transferring all the military and civilian authorities – without exception – to a transitional government", Manna said.

According a number of opposition figures, Saudi Arabia seeks to gather the different currents of Syria’s political and military opposition for a meeting to be held in mid-June in order to prepare for the "post-Assad stage”.