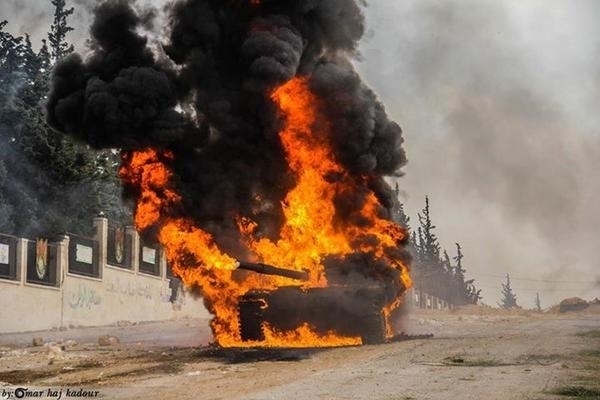 A number of high-ranking regime officers were killed on Sunday, when Ahrar ah-Sham Islamic movement managed to assassinate Brigadier General Bassam Muhanna al-Ali and seven of his bodyguards by planting an explosive device in his car in the heart of the capital, Damascus.

In Aleppo, Major General Younis Ibrahim, Deputy head of the Security Committee in Aleppo, was also killed under mysterious circumstances, while Colonel Mohamed Mahmoud and Colonel Adel Saleh were killed in the vicinity of the Kweres Airport when their helicopter were targeted by ISIS forces.

It appears that 2015 will witness a gradual decrease in the number of Assad's officers due to the significant role Iranian and foreign pro-regime militias are continuing to play in the Syrian war. With Tehran taking over military decision-making and leadership, Assad's officers have been thrown into the battlefield to be killed or injured.

Daily state-run news shows the high numbers of casualties among Assad's officers for many reasons. Many casualties, including high-ranking officers, have been mysteriously assassinated, while rebels continue to kill dozens of Syrian army officers within regime-held areas. Activists published a list on Sunday of dozens of fallen officers killed in the battles of Idleb, Jisr ash-Shughour and Palmyra.

Most officers killed hail from the Alawite sect, while hardly a day goes by without a funeral in the coastal communities that continue to lose thousands of sons to Assad's war against the Syrian people.