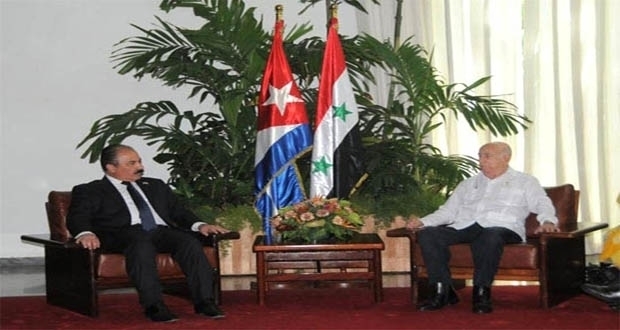 The Syrian people’s support for their army and leadership is the secret behind their victory in their fight against terrorism, Second Secretary of the Communist Party of Cuba José Ramon Machado Ventura said on Saturday.

During his meeting with Syrian Baath Party Assistant Regional Secretary Hilal al-Hilal, Ventura added that the sacrifices the Syrian people are offering in their fight against terrorism is not only in defense of Syria, but for the world.

The Cuban official celebrated the heroism and sacrifices of the Syrian army, praising its steadfastness in confronting the Syria’s enemies.

Ventura also voiced Cuba’s support and understanding for the Syrian people in the face of crippling sanctions and an extended economic siege.

Hilal expressed the Syrian people’s will to continue fighting terrorism and to defend Syria’s sovereignty and independence.