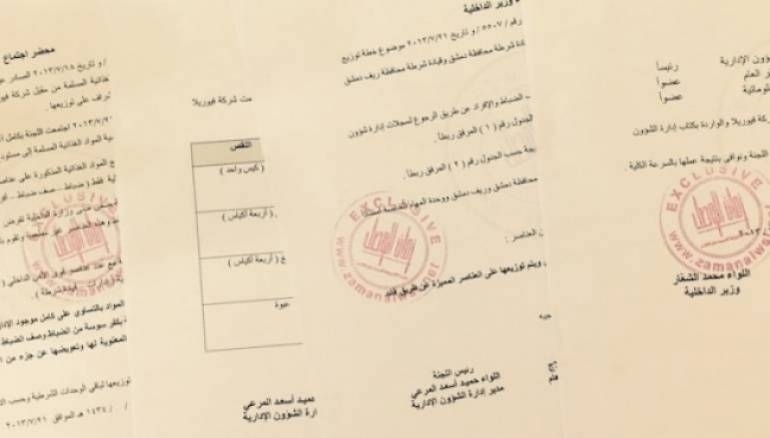 In the middle of Syria’s crisis, Syria’s Ministry of Interior was kept busy for 10 days as it distributed a gift from the Fiorella Pasta Company, consisting of 15 tons of pasta and 600 cans of tomato paste.

Minister of Interior Mohammed al-Shaar issued an order on 18 July 2013 to form a committee of senior officers – comprising of a major general, a brigadier general and a colonel – to formulate a plan to supervise the distribution process.

The selected committee held a meeting three days later, deciding to distribute the food exclusively within the Ministry of Interior headquarters, after considering two main points: first, that the headquarters was not catered for and employees were required to buy food at their own expense; secondly, that the gift could not cover all the ministry’s branches outside the headquarters.

On 25 July 2013, a letter was issued by the minister of interior in which he ordered the distribution of the food to workers and departments of the Ministry of Interior headquarters, along with the Damascus police headquarters and the rural Damascus police.

Fiorella is one of the largest pasta manufacturers in Syria, producing around 60 tons of pasta a day. The company was founded in 1994 by Anwar al-Akkad, one of Syria’s most influential businessmen with close ties to Bassel al-Assad, son of former president Hafez al-Assad.

Akkad was placed on the European Union blacklist for his connection to the Syrian regime’s inner circle.

The businessman was responsible for a group of successful companies and factories on the Syrian market including: Salsabil, al-Akkad Fabrics, Future Advertising, United Fuel and Oil, Afaq Transport, Damascus Tourism and Royal Tourism.