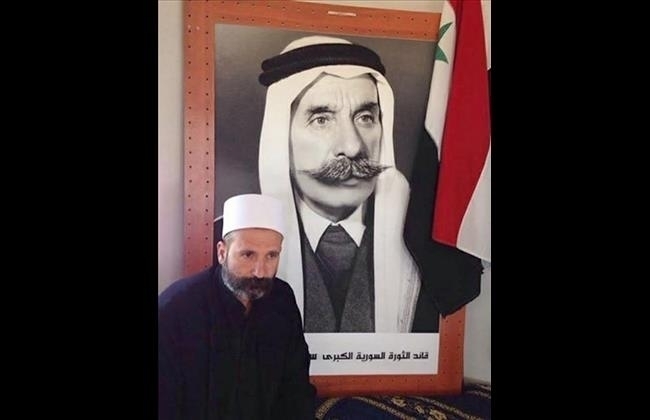 Suweida Druze Sheikh Wahid Fahad al-Balous announced he would give orders to confront any arrest aiming at recruiting Suweida’s youth to regime forces, vowing the response will be harsh. The announcement came during Balous’ visit to the town of al-Lahetha in the countryside of Suweida on Friday.

Addressing the people of al-Lahetha, the sheikh said: "Tell the officials that arresting the sons of Suweida at checkpoints or in the streets is forbidden. We will not send our sons to serve in the army", adding he "would not object those who wish to join the military service voluntarily. Such people represent only themselves, and I will not grieve them if they were killed outside the borders of the province".

Sheikh Balous confirmed earlier this year during his visit to the grave of Sultan Pasha al-Atrash, that the people of Suweida still retain their independent national decision of neutrality, and refuse to pledge loyalty to any party, saying: "the real weapon of the people of Suweida is their dignity".

During the same visit, Balous called on people to defend the borders of Jabal al-Arab Mountain, saying all those fighting outside the mountain represent only themselves, and that such people will only bring calamity and disaster to the mountain. Balous described hosting the Shiite fugitive families from Bosra ash-Sham as a "humanitarian action”, adding “it does not mean that there is a justification for the presence of Iranian military in the mountain".