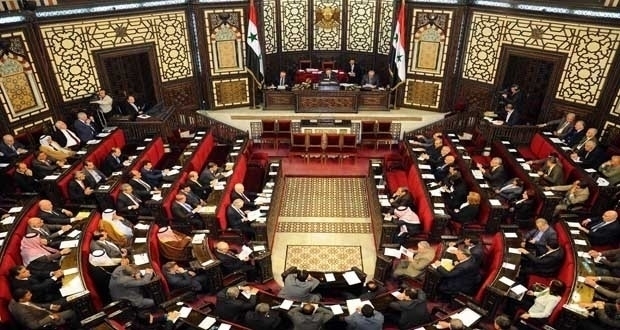 During the session, Halaqi announced that a monthly award of SYP 10,000 for the Army and Armed Forces soldiers in active duty will be dispensed as of the beginning of July.

The prime minister also asserted that the government is committed to providing citizens’ needs in terms of supplies and services despite the economic sanctions imposed on Syria, as well as providing aid and relief for people affected by the crisis. Halaqi welcomed the sincere efforts exerted by international humanitarian agencies, but noted the Syrian government continues to provide around 70 percent of all aid distributed inside Syria.

The prime minister also noted that around SYP 20.2 billion has been spent to repair damages caused by terrorism to public sector establishments, in addition to SYP 13.5 billion for damages caused to the private sector.