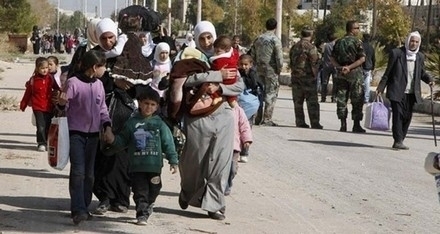 The governor of the Jordanian city of Aqaba, Fawaz Irshidat, said about 11,000 Syrian refugees have moved to the city in search of employment opportunities, even though the city is primarily a tourist destination and situated far from the northern border.

The governor noted the number of Syrians increased during the agricultural seasons, while those living in areas surrounding Aqaba, like al-Qwera and Wadi Araba, are often working without permits.

Irshidat added: "Despite the significant pressure caused by the presence of Syrians in the province – considering services, infrastructure, and the high cost of living – the Jordanian government does not apply deportation laws pertaining to the crisis in Syria. The Jordanian government will not impose any restrictions that may affect their lives".

It is reported that over 1.3 million Syrians live inside Jordan, while dozens of illegal border crossings continue to remain open for new Syrian refugees arriving daily.