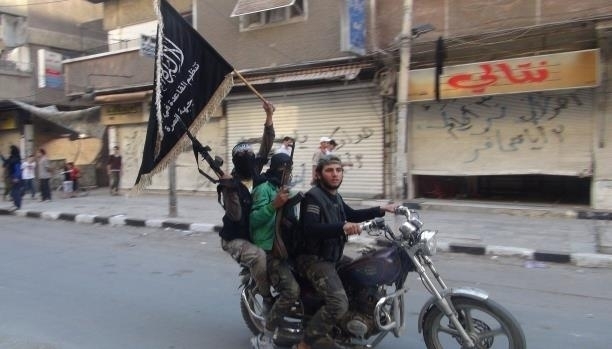 Al-Qaeda’s Syria wing, the Nusra Front, executed 24 people from the village of Qalb Loza in the countryside of Idleb on Wednesday. Witnesses claim Nusra fighters were reportedly attempting to confiscate a house belonging to the family of a regime soldier; when people of the town objected, fighters opened fire on the group.

An eyewitness to the incident said: "Fighters of Abu Abdul Rahman at-Tunisi’s battalion entered the village of Qalb Loza in the northern countryside of Idleb near the Syrian-Turkish border, trying to confiscate a house belonging to the ash-Shibli family whose son serves in the regime's army. When the members of the family confronted the militants, a quarrel broke out between the two parties".

"During the quarrel, one of the brothers opened fire on the Nusra fighters, killing one of them. The fighters responded by shooting back, killing four civilians. The villagers gathered, protesting and screaming at the militants who opened fire on them. When the people of the town started to throw stones, the fighters started shooting randomly, killing 18 more, including several elderly men and two children", the eyewitness added.

"The massacre horrified people in the area known as Jabal ad-Druze – a group of villages in the area between the towns of Kafr Takharim, Harem and Armanaz in the countryside of Idleb. The area, including Qalb Loza where the massacre was committed, is inhabited largely by members of the Druze community", the eyewitness added.

Sources close to the Ahrar al-Sham, a key opposition group in the region, said the rebels convinced Nusra to break the siege on the Qalb Loza and neighboring villages, while Ahrar al-Sham fighters attempted to secure shelter and protection for the families which left the village.

The Nusra Front later replaced the group responsible for the massacre with another group from the nearby town of Harem.