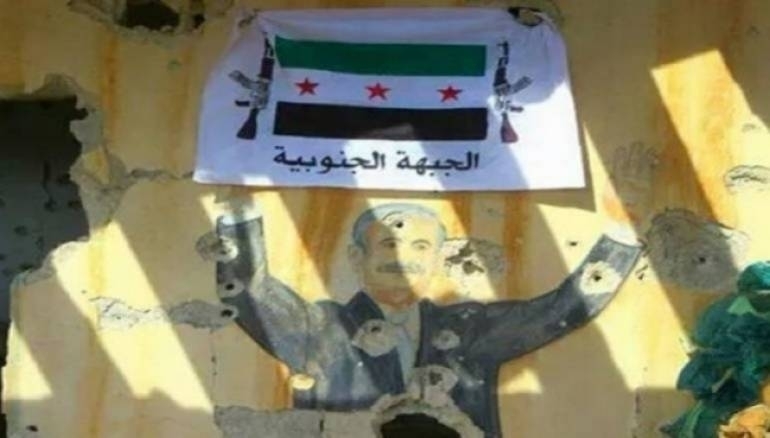 A number of young men from Syria's Druze community, who joined the army to fight rebels in south Syria, have resigned claiming the regime breached a promise to not involve them in fighting in the province of Suweida, activists said on Sunday.

Local activists claim dozens of angry youths attacked an office belonging to the state ruling party in the village of al-Mefa'leh.

The young men claim the regime army wanted them to fight against moderate rebels in Daraa to regain Liwa 52, the largest army facility in southern Syria‫.

Activists circulated footage of prominent Druze leader Sheikh Wahid al-Balous saying the Druze youth will not join the Syrian army, and that the main mission of the community is to protect their stronghold in Jabal al-Arab.

Over the past few days, members of the Druze minority assisted Syrian army units in thwarting a rebel attack on al-Thalaah air base.

A Druze leader from Suweida said young men from the city had helped recapture the airbase, with rebels confirming that Syrian government forces had sent reinforcements to the base‫.

The Druze leader, Sheikh Abu Khaled Shaaban, said young men from Suweida had been deployed in several areas – including the air base – under the umbrella of the National Defense Force (NDF) and popular committees that fight alongside the Syrian army. State TV said dozens of Suweida’s residents had joined the army and NDF, according to Reuters‫.

A number of Druze leaders have warned of a threat facing the community after Nusra Front fighters shot dead 20 people in a Druze village in northwestern Syria on Wednesday.