"If it is proven that PYD and YPG forces have formally participated in violations, I will be at the forefront of warriors fighting against them",  says Colonel Agidi 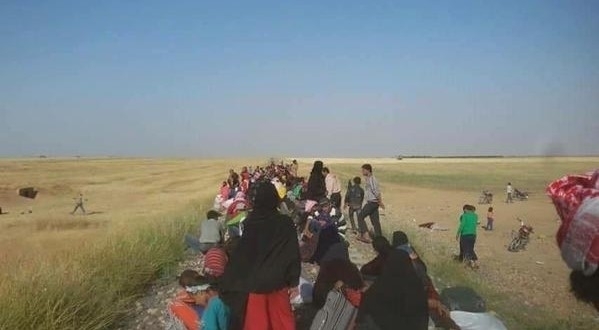 Prominent Free Syrian Army leader Abdul-Jabbar al-Agidi announced he would be at the forefront of those fighting Kurdish Democratic Union Party (PYD) militias if it was proven ‘beyond doubt’ that the party had followed an ethnic displacement strategy against Sunni Arabs in the countryside of Hassakeh and Raqqa.  Agidi released a statement on Facebook on Tuesday, saying: "If it is proven that PYD and YPG forces have formally (not individually) participated in the violations taking place against our people, I will be at the forefront of warriors against them alongside all free Syrians wherever they are".

The colonel appealed to leaders of the opposition factions fighting the regime and ISIS to carry out their responsibilities on what is happening in the countryside of Hassakeh, in Tal Abyad north of Raqqa and in Ayn al-Arab west of Aleppo. "The violations of the rights of Arab residents in these areas should stop, and a commission of inquiry should be formed to find out the truth about the violations and the displacement of Kurds, Arabs and Turkmen to determine the responsibility of the perpetrators", Agidi wrote.

Hinting to the possible involvement of ISIS in the displacement, the colonel also criticized ISIS fighters, saying: "Where are the bombed cars you send to the cities of Mare and Tel Rifaat? Where are your suicide bombers who killed the best fighters and commanders of the Free Syrian Army, Ahrar ash-Sham Movement and the Nusra Front?".