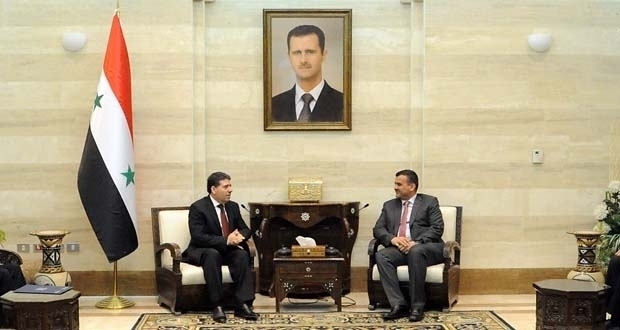 Halki stressed the need to boost political, economic, and commercial relations between the two countries while developing new ways to bolster security.

Neo-Ottomans, headed by Turkey’s President Recep Erdogan, are seeking to occupy the region through a pointless war, the prime minister said, asserting that Syria and Iraq have legal rights to access water from the Euphrates River which runs through Turkey.

Shummari confirmed Iraq’s commitment to boosting cooperation on all fronts, stressing that the Syrian and the Iraqi people will vanquish terrorism and restore security to the region.

The minister also relayed a message from Iraq’s Prime Minister Haider al-Abadi, asserting the Iraqi government’s commitment to boosting military and security coordination in an effort to confront terrorism.