Around 1,000 Syrian refugees return to the northern border city after rebels liberate the town from ISIS fighters 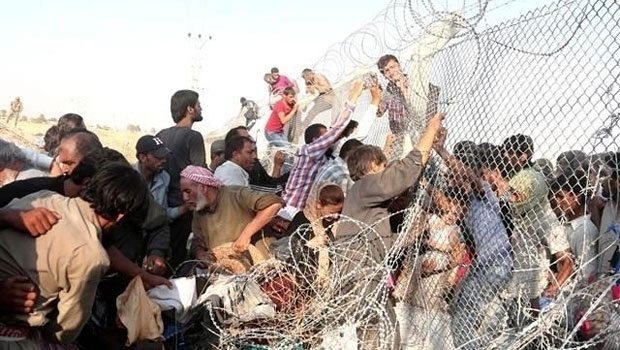 The Syrian National Coalition’s political committee announced on Thursday the formation of a fact-finding commission to investigate recent events in the city of Tal Abyad and its surrounding villages.  According to the press statement, the commission will include a number of members from the coalition’s political committee, representatives from the Syrian Interim Government’s Ministry of Justice, as well as members from Kurdish human rights organizations, civil society organizations and violations documentation centers.

The political committee identified that the tasks of the commission will be to arrange meetings with displaced people to investigate the reasons behind their displacement, investigate whether they wish to return to their areas, and what are the supplies needed to secure their return.

The commission will visit the city of Tal Abyad and the surrounding villages, particularly those which witnessed displacement cases. The committee will also meet revolutionary forces in the region and discuss ways to adopt a solution to the refugee problem.

The Anatolia news agency reported 1,000 Syrians had returned to Tal Abyad after arriving in Turkey about 15 days ago, fleeing clashes in the city of Tal Abyad in the north of Raqqa province.

Around 23,000 people, most of them women and children, are said to have arrived in Turkey after fleeing the battles in the area.