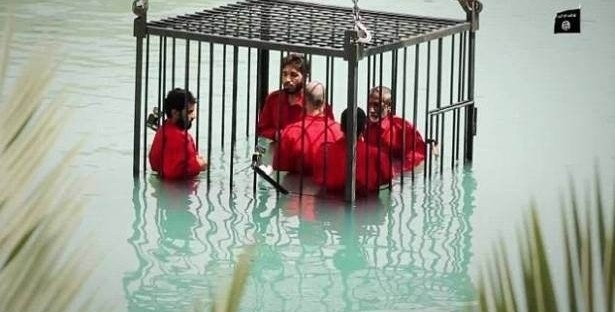 A video depicting the drowning of five people in the Iraqi city of Mosul by ISIS was released online, in horrible scenes illustrative of the depravity of the organization’s imagination.

The footage shows ISIS’ ability to use high imaging techniques, including underwater photography, in an attempt to reveal the moments the prisoners died inside the iron cage.

The footage reveals a masked man leading the five victims, charged with espionage, into an iron cage before being locked inside. The cage is then lifted into a swimming pool by a crane, as two cameras film the suffering of the people under water.