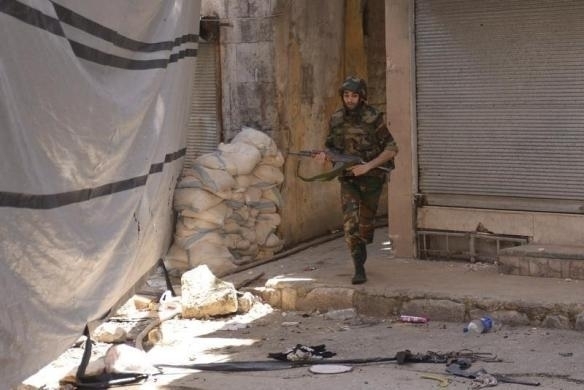 The Assad regime has launched a new barricade project designed to fortify its positions inside the city of Damascus from the southwestern side, in addition to the strengthening of security checkpoints inside the city.

All roads leading to the security zone in center of the capital were also fortified, as more barriers had also been set up along al-Mutahalliq al-Janoubi road.