"We denounce the incident in the Golan Heights. These are not the customs or the traditions of the Druze,"  says Al-Liqaa al-Maaroufi 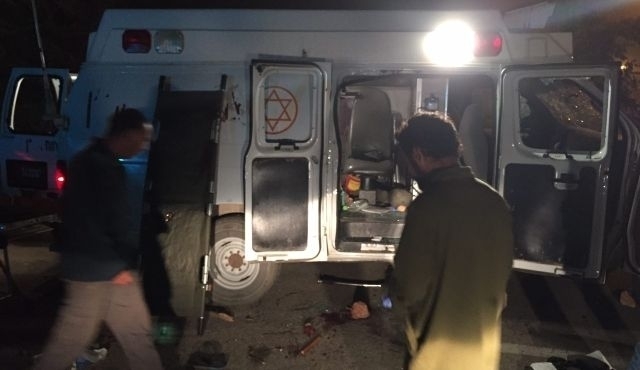 The Druze community has condemned the incident that occurred overnight in the Majdal Shams, occupied Golan Heights, accusing Israel of fabricating the incident in order to justify another conflict in Syria.

Al-Liqaa al-Maaroufi released a statement on the event, saying: "We denounce the incident in the Golan Heights, entirely, because it is prohibited for Druze to harm or kill a prisoner or a wounded person. These are not the customs or the traditions of the Druze".

The statement went on, claiming that "regardless of the perpetrators of this heinous crime and the goal behind it, we denounce the incident and we want to express our sympathy to the oppressed. We know the Zionists and the conspirators who take their orders from the black rooms have fabricated this incident in order to ignite tension among the people of one country".

Al-Liqaa al-Maaroufi called on the people of the Golan Heights to condemn the incident, prevent the spread of unease, punish the perpetrators, and to “avoid any disgraceful act". Al-Liqaa also called on the Druze clergy in Syria, Palestine and Lebanon to denounce the incident.

Israeli Prime Minister Benjamin Netanyahu commented on the episode, writing on his Facebook and Twitter pages that: "The attack on the ambulance in the Golan Heights is very dangerous, we will not allow anybody to prevent the Israeli army from carrying out its duties. We will punish those who disturb security and stability, and I personally appeal to the Druze leaders to defuse the situation".

Leader of the Lebanese Progressive Socialist Party Walid Jumblatt commented on the incident in a tweet, describing it as an "Israeli-Syrian project to ignite a strife between Arabs, Druze, the people of Horan and the Sunni in general".

A month ago, the Israeli government called on the United States to protect the Druze in Syria. In response, Druze Sheikh Wahid al-Balous appeared in a video clip to confirm the position of Druze towards the Israeli occupation, stressing his commitment to his patriotism and peace.