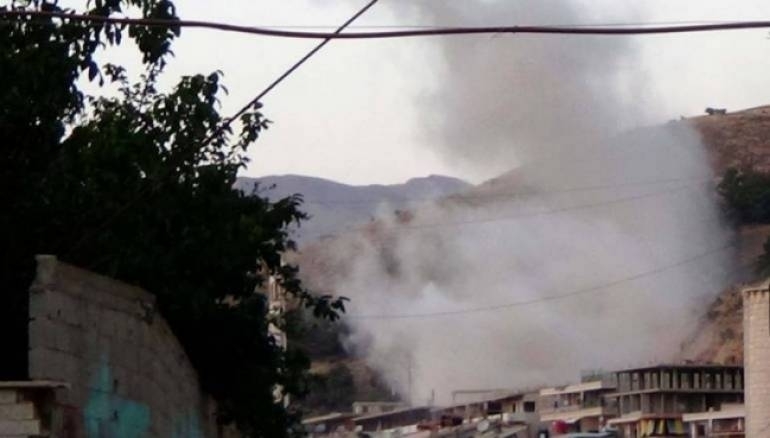 Syrian army artillery has killed a family of five in the mountainous town of Madhaya near the besieged city of Zabadani on the Lebanese border, activists said on Saturday.

‫ Activists also reported the death of seven people when barrel bombs struck the town of Bukain on Friday.

‫ The military is battling insurgents including Al-Qaeda's Syria wing the Nusra Front and the Islamist group Ahrar al-Sham for control of Sahl al-Ghab, a plain that runs alongside the western coastal mountains near Hama city.