Critics claim detainees would be transferred from criminal courts to the Terrorism Court without any international oversight, stating the new laws aim to serve the interests of the pro-regime judiciary 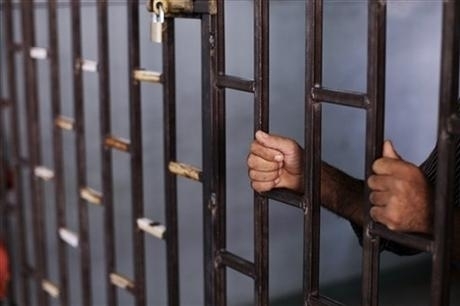 President Bashar al-Assad issued last Thursday, July 30, law no. 15 for 2015, declaring the establishment of criminal courts in all Syrian provinces specializing in financial and economic issues. The law has faced a spate of criticism from the opposition as it is seen to serve regime loyalists while ignoring thousands of detainees.

The law consists of three articles, with the first declaring the formation of criminal courts in all Syrian provinces. The courts are to specialize in financial and economic issues.

The second article declares that the new courts will accept appeals in accordance with the rules prescribed in the Code of Criminal Procedures.

The third article states that current lawsuits would be forwarded to the new courts in each province.

Minister of Justice Najm al-Ahmad told Syria’s official news agency, SANA: "The current conditions have produced developments related to rebuilding and reconstruction, and the need to draft suitable legislation. Furthermore, the formation of financial and criminal courts is an urgent requirement that would contribute to the reformation and development of the judicial system, particularly to face the accumulated burden".

Spokesman for the Syrian Commission for Media, Mustafa Dirani, says: "The law contains lies that would not deceive the Syrian people, as about 50,000 prisoners remain detained inside regime prisons, including women and children, and most of them are innocent of the charges laid against them."

"These detainees would be transferred from the criminal courts to the Terrorism Court without any international oversight," Dirani said in an interview with Enab Baladi, adding that these laws "want to beautify the regime's image abroad, to show that it still retains legitimacy. It comes in the interest of the pro-regime judiciary personnel who would continue blackmailing the weak who have legal problems".

Dirani says the new law serves regime supporters in regime-held areas, and “the weak souls in the opposition-held areas, I mean those who are waiting for the opportunity to return to the bosom of the regime."

Political analysts have questioned the usefulness of the new courts, especially after the regime lost control of more than 70 percent of Syria’s territory, with its power largely limited to the capital Damascus, the coast and the central region.