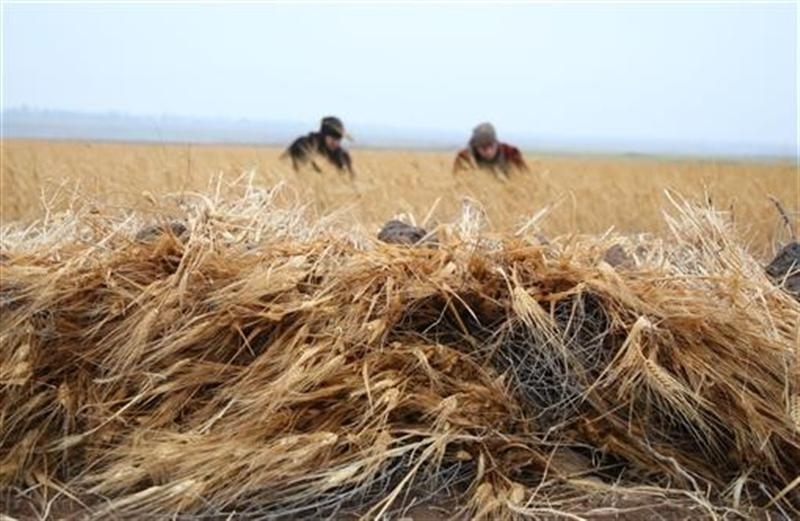 Director of Agriculture Abdulmuein Qadamani said wheat production has dropped radically from three million tons in 2010 to half a million tons this season, while marketed production also dropped to 422,000 tons.

"As for cotton cultivation, the plan was to cultivate 124,000 hectares, but the actual cultivated area is only 44,000. Cotton has not been harvested yet, so it is difficult to estimate the total production, and the marketing season starts in September," Qadamani said in an interview with the pro-regime Al-Watan newspaper on Tuesday.

Sugar beet is only farmed in 840 hectares out of the 9,000 planned hectares this season, while marketed sugar beet production delivered to the General Establishment for fodder reached about 4,000 tons, according to statistics obtained by the ministry.

The cultivated area with sugar beet in 2010 was more than 27,000 hectares, with a total production of 1.5 million tons in all provinces.

Ministry statistics only include those from pro-regime areas, even though Syrian farmers sold their yearly wheat crop to the Syrian regime, the opposition’s interim government, and local dealers.

A joint report issued last month by the United Nations Food and Agriculture Organization and the World Food Program estimated this year’s wheat production at 2.4 million tons, significantly better than the harvests of 2014 and 2013. Nevertheless, production rates still sit at 40 percent less than pre-war production levels.

Syria faces a shortfall in wheat production by about 800,000 tons, with an annual requirement of nearly 5 million tons. The report also stressed that the state of insecurity limited the areas available for cultivation, which reduced the wheat production area to its lowest levels since the 1960s.