Priority should be the unity of military leadership to form the basis of a national army on all fronts, says re-elected head of the opposition's SNC 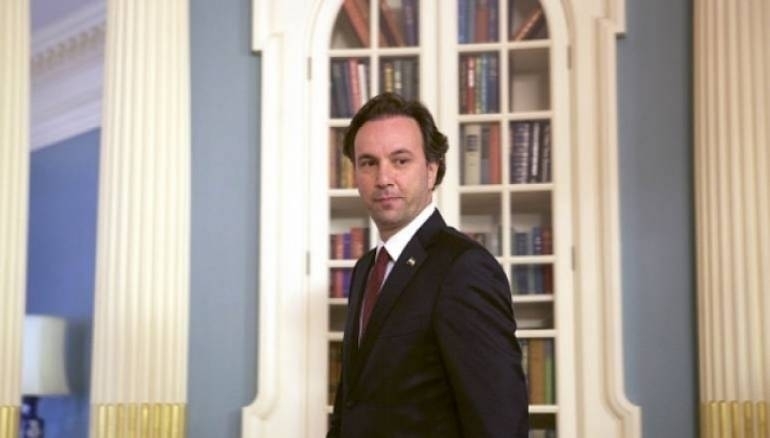 Speaking to Zaman al-Wasl following his reelection as president of the Syrian opposition's National Coalition, Khaled Khoja highlights his future agenda, highlighting regional developments and the importance of a unified military command in light of the country’s ongoing conflict.

Zaman al-Wasl: What have you achieved in your first presidency for the Coalition, and what are planning for the second one?

Khaled Khoja: The first goal of the first presidency was to achieve the unity and strength of the Coalition, which was shown in the latest election as there was only two nominees and I have had 59 votes out of 99, while I got 56 votes out of 107 in the first election. More blocs voted in the second election as well.

The second important goal of the first – and the second term of my presidency – is to restore the Coalition's importance in the eyes of the international community and Syrian people.

We have visited many countries and most of them were good, but still we have not had significant outcomes, as we are still in the stage of building up. There are many indicators to the success of the Coalition, as we started to see the interest of the international community within the National Coalition, and the supporting countries have the same attitudes of the Coalition. We managed to regain the support from some supporting countries.

‫ In regards to the relations with community inside Syria, we have started opening channels of communications with the institutions of the civil community and military formations, we have had many meetings with them and we touched on changes in the attitudes of the Islamic formation inside Syria.

‫ I can say that the fighting groups, including the Islamic formations, are now ready to accept the idea of a national army and to accept that Syrian identity has the highest priority.

‫ ZW: At the moment there is no military council, when do you think you will finish deliberations regarding the alternative?

‫ KK: When the National Coalition and the military council were formed there were five fronts (Southern, Northern, Eastern, Coastal and Central), now the Eastern Front is under ISIS control, while the Central Front is under siege, we are now trying to find reform the Northern Front and connect it to the Southern one under the same leadership. However, with the latest developments and war against terrorism in northern Syria and the clearing of areas from ISIS members, I think the priority now is for the united military leadership and forming the base for the national army.

‫ ZW: What is the real situation regarding the government, some say that it has become a burden, what do you think?

KK: There were many meetings with the interim prime minister, Ahmed Tomeh, now we concentrate on three ministries (Services and infrastructure, Ministry of Health and Ministry of Education). We need to get benefits from the recent situation in northern Syria to help the government’s ministries to enter Syria, but that needs an army to protect the government and the local directorates. In regards to the work of other ministries, the local councils can do it. I think if the interim government managed to enter the country, the support would increase; half of the support that comes to the Coalition goes to cities under siege.

‫ZW: Staffan de Mistura says the current time is not suitable for a third Geneva conference, what do you think?

‫ KK: I think that the report de Mistura handed to the Security Council was not fair when he put the revolutionary formations on the same side of the regime. In Geneva II, we announced that we were ready to discuss all Geneva I points, but the Syrian regime refused. We told de Mistura that there is no problem for the opposition to attend the Geneva conference, but the real problem is finding a force to bring the Syrian regime to the negotiations. He had no answer.

‫ We really want a political solution, but the problem is in the international community as it is not able or does not want to bring the Syrian regime to negotiations, despite the decision (2118) which mentions using force against the side that refuses the political solution.

‫ ZW: For some time now, we have not seen any meetings between the Friends of Syrian People Group, have they become bored?

‫ KK: One of the mistakes toward the Syrian revolution was forming a group of Syrian people’s friends without finding real friends, it was clear that the attitudes of some countries within the group were not in the best interests of the Syrian people. When they blamed the opposition for its internal disagreements they reflected the divide among them. From our side, the opposition was clear in its demands to overthrow the Syrian regime and found a democratic alternative that secures rights of minorities without any exclusion. When the differences among the group’s countries increased, they were not able to continue.