Currency switch aims to protect Syrians' liquid assets from a collapse of the SYP, says economist 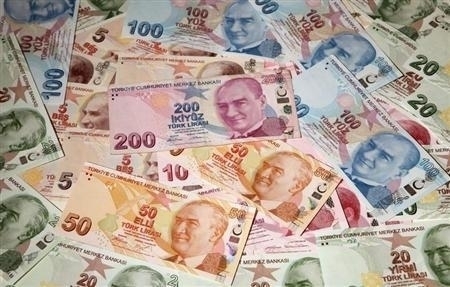 The committee in charge of studying the currency replacement in the liberated areas has officially decided to adopt Turkish currency in northern Syria in order to "pressure the Assad regime economically, and issue a new national currency," according to a press conference held in the city of Aleppo Sunday, August 9, 2015.

The press conference called on citizens from the liberated areas to apply the joint decision made by the revolutionary factions and courts.

Member of the Economists Union Mohammed Ghaias Daas said: "The reason for the currency switch is to keep the Syrian people's money from being lost; as a result of the collapse of the Syrian pound, and to fight the regime economically."

"The replacement of the currency creates an atmosphere of economic stability in the prices of goods in the market," Ghaias added.

Several revolutionary structures have begun to pay their monthly salaries in Turkish currency, as happened in the Sharia Court and the local councils in Aleppo.

Journalist and specialist in economic affairs, Mustafa as-Sayed, said that replacing the Syrian currency with the Turkish lira is an impractical and dangerous step, as it would cause an increase in the inflationary burden on the Syrian consumer.

"Who authorized the Union of Free Economists in Aleppo to take executive decisions regarding the fate of Syria's economic independence? Who authorized Professor Suhaib Bushi to replace the Syrian currency? Are the economists of Aleppo in charge of taking these decisions? From where did they get their legitimacy?", as-Sayed inquired.