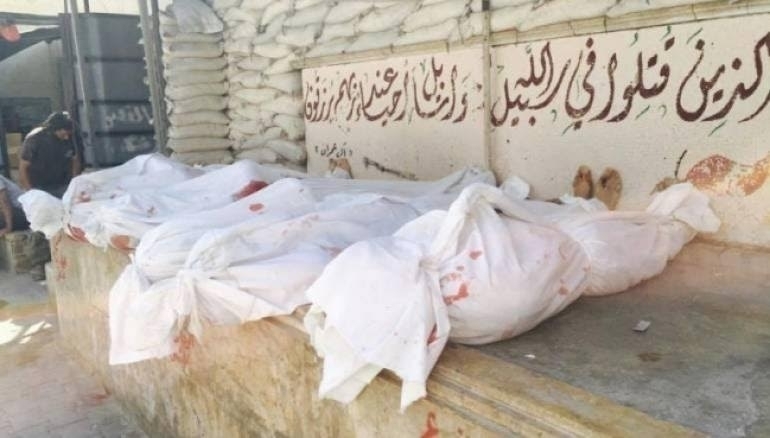 On Sunday, at least 104 people were killed and 300 others were wounded when vacuum bombs were dropped on the city of Douma, about 15 km northeast of Damascus, the Syrian Network for Human Rights said.

To the west of Damascus, battles were reported on Sunday between the Syrian army, backed by its Lebanese ally Hezbollah, and insurgents in the town of Zabadani near the Lebanese border, the Observatory said.

A ceasefire between the warring sides in Zabadani and two villages in the northwest collapsed on Saturday when talks aimed at securing a longer cessation of hostilities failed.