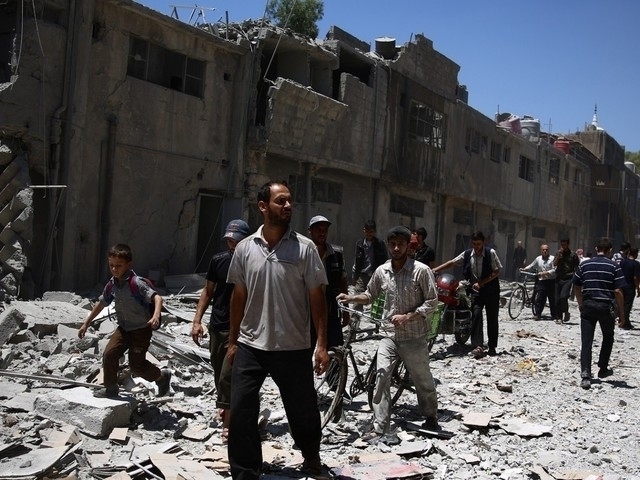 Residents who fled the two-month offensive by Syrian and Hezbollah forces on the city of Zabadani, northwest Damascus, have been forced to leave the neighboring towns of Bloudan and al-Mamoura, activists said on Sunday, warning of an imminent massacre.

At least 25 families were transferred to unknown places in army vehicles, while displaced civilians in the tourist town of Bloudan were moved to the villages of Madhaya and Bukin in an attempt to use them as human shields, activists said.

Hezbollah fighters and Syrian army units seized control of most of Zabadani after intense aerial bombardments and heavy artillery fire hit rebel positions in the city.

The fight for control of the city is seen as crucial in order to strengthen government-held areas linking Lebanon and Syria. Zabadani is a former popular resort town on the main Beirut-Damascus highway, according to Reuters.

Fighters of the dominant Ahrar al-Sham movement and Nusra Front, who recently launched attacks on regime strongholds near Zabadani to ease the offensive on their fellow rebels, have seized control of a number of checkpoints in the Eastern Mountain, killing at least 20 pro-regime fighters.