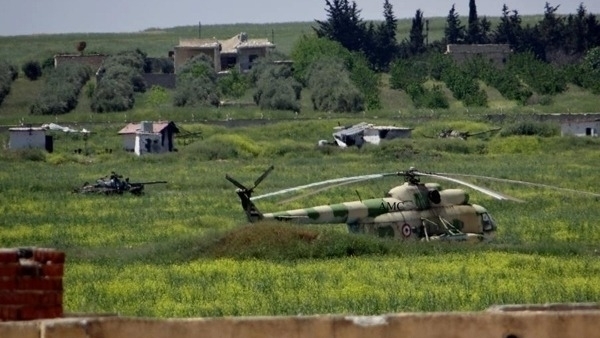 A regime soldier trapped in Aleppo's Menagh Airbase has criticized President Bashar al-Assad for a delay in lifting the siege around the major military facility.

According to a letter published by pro-regime social networking pages on social networking sites, soldier Maan Issa accused president Assad of ignoring his forces in Menagh airbase currently besieged by Islamic State (ISIS) forces. Issa explained how the regime has ignored the airbase while quickly moving to support regime forces in other regions, such as ath-Thala, Palmyra and Ghab airbases.

The soldier warned the Syrian president of excessive confidence in his military leaders, a reference to Hassan Suhail, who failed to open the road to Aleppo.

On the ground, violent clashes erupted Tuesday between ISIS and regime forces in the outskirts of the airbase perimeter, amid heavy shelling with mortars and heavy weapons, while regime warplanes and helicopters intensified their air raids on the region, using explosive barrels and missiles.

Menagh Airbase was besieged for nearly two and a half years by several factions prior to ISIS’ arrival.

The base, which includes a military college, is one of the country’s largest military airports holding around 800 pro-regime officers and fighters inside.