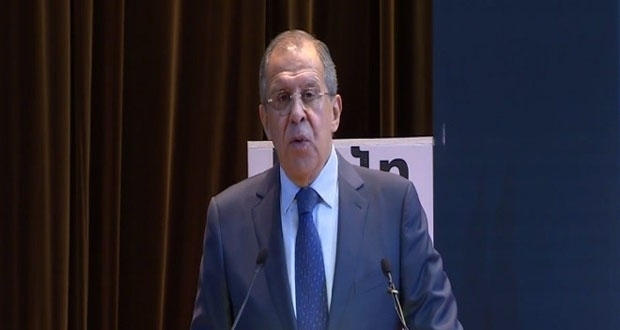 Russian Foreign Minister Sergei Lavrov stressed that the Syrian army is the most effective force on the ground in the fight against terrorism.

The international coalition against the terrorist organization ISIS will not be effective without Syria being part of it, said Lavrov in a Tuesday speech to the students and faculty of Moscow State Institute of International Relations.

He dismissed the calls for president Bashar al-Assad’s departure as a precondition for the fight of terrorism as “harmful” and “unrealistic”, demanding them to be stopped.

“President Assad was elected by his people and is thus the completely legitimate president of Syria, regardless of the statements from the West,” said Lavrov.

Lavrov referred to the Russian president’s initiative to consolidate the international efforts against ISIS and other terrorist organizations, and noted that Russia has sent a clear message to all the countries concerned about the ISIS threat that they should coordinate with the Syrian army to combat terrorism more effectively. According to Lavrov, this requires all the forces to be united and other matters to be deferred for the future.

“We are observing the reactions of countries in the West and the Arabian Gulf as well as others; we see that there are some who understand this,” he added.

Lavrov also referred to his meeting yesterday with a delegation of the “Syrian opposition” and said that Russia seeks to unify “the opposition” to have them work with the Syrian government to find a solution to build Syria in the future.